Siobhán continues to work with the Joseph Rowntree Foundation (JRF) and a coalition of other organisations on the Keep the Lifeline campaign to keep the pressure on Westminster Government to reinstate the £20/week increase to Universal Credit at the Spending Review this week.

In the run up to the cut on 6th October Siobhán presented to Belfast City Council on the impact of the cut particularly on women.  Siobhán highlighted that the cut will not only hit Northern Ireland harder but that it will hit women harder.  She informed the City Councillors that women often act as the “shock absorbers” of poverty in households going without food, clothes and warmth in order to meet the needs of other family members when money is tight and that this is very much reflected across all the Consortium research.  Siobhán also highlighted that there are likely to be less job opportunities available for women many of whom need jobs which are flexible and fit around available and affordable childcare and transport options.  Many women will have difficulty increasing their incomes through paid work unless they are helped with these costs.  You can watch Siobhán’s input to the Council meeting here (from 0:15 minutes)

On the day of the cut Siobhán attended a protest at Belfast City Hall along with the Lord Mayor and some of the Councillors.  The lights in Belfast City Hall were switched off as a symbol of the impact this cut would have on local people and families who will be forced to go without heat and food as a result.  Siobhán carried out an interview with the BBC describing the likely impacts on women including increased hardship and debt.

On Saturday 9th October People before Profit held a demonstration outside the DfC building against the cut.  Siobhán attended this protest and spoke again about the impacts on women and children and called on the Westminster Government to reinstate the cut and if not for local politicians to take action to help protect people in Northern Ireland from hardship. 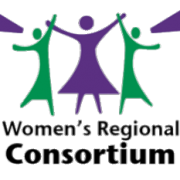 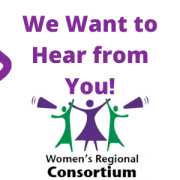